Choosing Fonts
How text looks on our web pages is a major component of the overall appearance of our site.  We need to choose our text fonts carefully, keeping in mind the following:

Web Safe Fonts
Fonts are divided into two major groups: serif and sans-serif.  Here are the traditional fonts that we may use safely, since more than 99% of web visitors will have them installed on their computers: 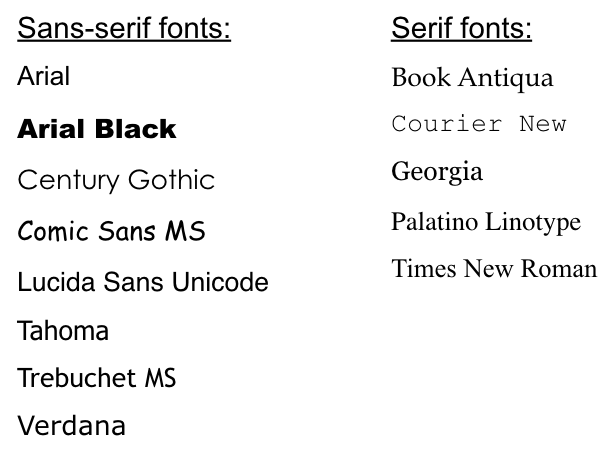 What’s a Serif and Sans-serif?

A “serif” is the extra flourish at the ends of letters.  Serifs are intended to enhance readability, especially in physical print media, such as newspapers and magazines.

A “sans-serif” font is one that does not contain serifs on its characters.  These fonts are generally preferred for web pages, as they are slightly easier to read on a computer screen.

Serif vs. Sans: the final battle

Setting Fonts and Fallbacks
We are already familiar with the font-family property in CSS.  Until now, we simply designated a single font:

Additional fallback fonts may be listed, if desired.  Two named fonts and the generic fallback should be considered the minimum.

CSS Font Syntax
If the named font contains a space, we must enclose it in quotation marks:

Always list either serif or sans-serif as the final entry in your list.  It will be the “ultimate” fallback font, as all browsers have these generic fonts available to use.

Font Strategies
When choosing fonts for your own web pages:

Types of Web Fonts
When it comes to rendering type on the Web, a designer has three primary options:

Image Type
Images of type offers a Web designer the most control over the typography on a web page. A designer can freely choose a font from  his or her library to make adjustments to it. Images from type enable a designer to match or express a concept exactly as the designer envisioned. 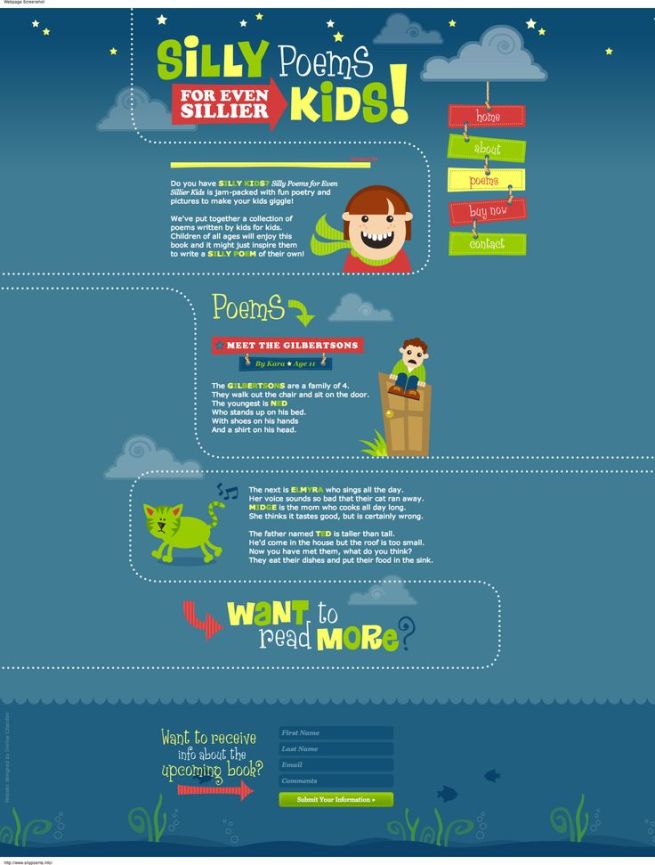 Web-Safe Type
These fonts vary slightly in appearance from Mac to PC–and their display varies from browser to browser–the general appearance is consistent enough that a designer can reasonably predict the look of the finished designed when viewed by the user. 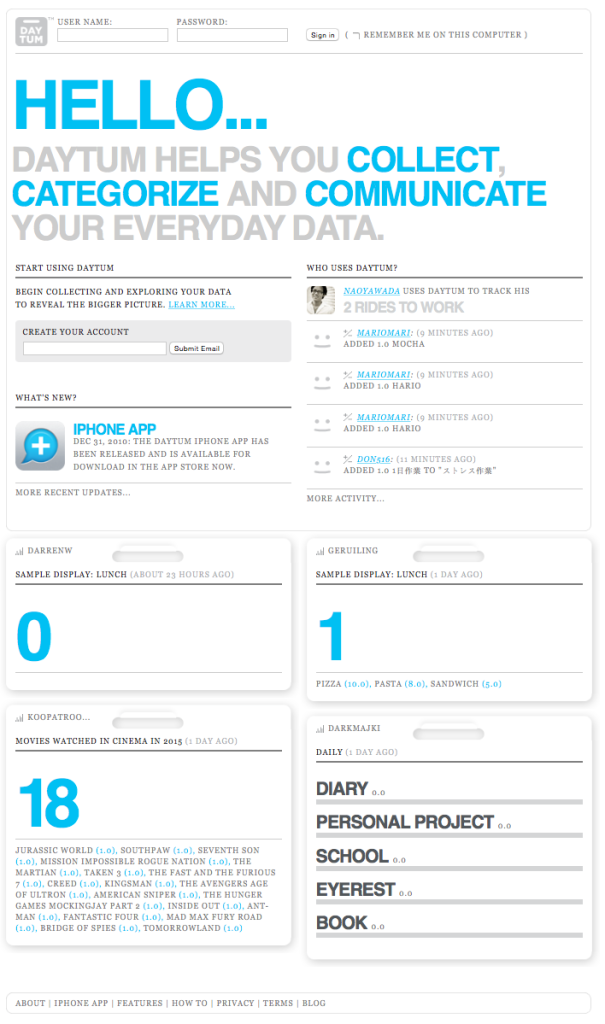 This gives the designer the most typographic flexibility with their design, while still being able to take advantage of the search-ability of live text. 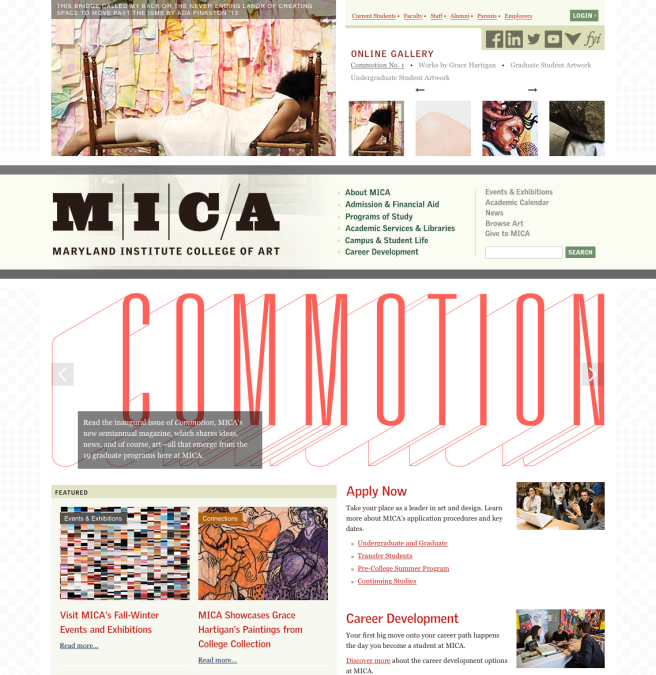 CSS3 uses a technique called @font-face supported by designers and by the companies that make and license fonts. @font-face lets you embed fonts within a page by declaring the font you want and placing this font on your web server. When a user visits your site, the browser renders the page using this font where specified.

TrueType Fonts (TTF)
TrueType is a font standard developed in the late 1980s, by Apple and Microsoft. TrueType is the most common font format for both the Mac OS and Microsoft Windows operating systems.

OpenType Fonts (OTF)
OpenType is a format for scalable computer fonts. It was built on TrueType, and is a registered trademark of Microsoft. OpenType fonts are used commonly today on the major computer platforms.

The Web Open Font Format (WOFF)
WOFF is a font format for use in web pages. It was developed in 2009, and is now a W3C Recommendation. WOFF is essentially OpenType or TrueType with compression and additional metadata. The goal is to support font distribution from a server to a client over a network with bandwidth constraints.

SVG Fonts/Shapes
SVG fonts allow SVG to be used as glyphs when displaying text. The SVG 1.1 specification define a font module that allows the creation of fonts within an SVG document. You can also apply CSS to SVG documents, and the @font-face rule can be applied to text in SVG documents.

Embedded OpenType Fonts (EOT)
EOT fonts are a compact form of OpenType fonts designed by Microsoft for use as embedded fonts on web pages.